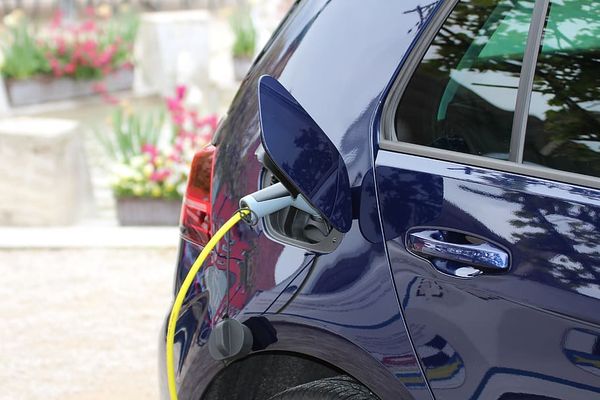 We think electric vehicles will cause even more front gardens to disappear. In 2019 the Office for Low Emission Vehicles (OLEV) is offering grants of up to £500 to householders to install home charging points for up to two electric vehicles which must be parked off-road. Where else other than the front garden could this be, in many urban and suburban areas?

A switch to electric vehicles + home charging will cause (a) more applications for crossovers and (b) more extensive hard surfacing per garden, for multiple vehicles to be charged simultaneously overnight.

In 2018 the House of Commons Environmental Audit Committee reported on heatwaves and adapting to climate change. It said

“Green spaces have been proven to reduce the urban heat island effect, however urban green space has declined in England” and recommended that “the Government should aim to increase urban green space to 2001 levels, and higher if possible”.

You can read the report here.

Yet at the same time Government policies are letting people destroy the urban green space that already exists, even incentivising them to do it!

New regulation is urgently needed – unless we are happy to see urban and suburban front gardens disappear completely. We need urgent regulatory change to require householders to maximise green space and minimise hard surfacing when using for parking.

This could be done by linking electric vehicle home charging grants to minimal hard surfacing and/or via statutory nuisance regulations.

It’s a fallacy, often perpetuated by driveway contractors, that you need to cover the entire garden with hard surfacing to park on it. All you need is enough hard standing to support the weight of the vehicle(s). The rest can be green.

Our 2017 demonstration project in Greenford shows this can be done cost-effectively.