Britain’s Vanishing Front Gardens: Are We Letting the Most Local Of All Green Spaces Disappear? 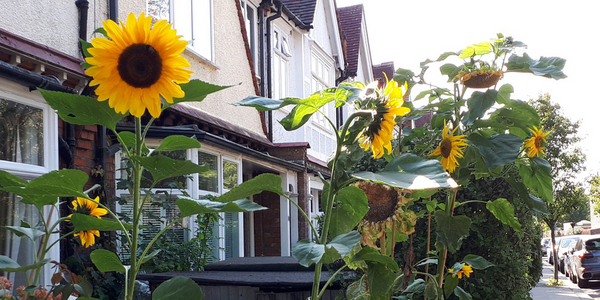 When people talk about how green their area is, they often mention parks and green spaces but not domestic front gardens, even though these can make up more of an area’s green space than parks.

Christine Eborall and Paul de Zylva explore the consequences of Britain’s disappearing front gardens and offer some creative ways to keep them and their multi-purpose role intact.

Front gardens are the green space right on our doorsteps and although not everyone has one when others make an effort with theirs everyone gains - in more ways than one. As more of these little bits of Britain are paved over, often to park vehicles or reduce maintenance, the side effects are becoming clear.

Parks and green spaces make a huge difference to the look and feel of where we live. There’s also a huge amount of evidence of the health benefits of time spent in green space and of having contact with nature.

What about humble front gardens? Just because they are private spaces their role should not be overlooked as they too support people’s health, relaxation and exercise and, like decent parks and quality green spaces, they also help cool our streets, curb flood risk and pollution, and support a host of wildlife.

When people want more control over their lives, a garden space is one of the few things where we can impose our own ideas and have complete control. What we do with our front (and back) gardens matters and has consequences for flooding, heatwaves, pollution and the prospects for wildlife in an area, as well as the visual impact it makes on us and others.

Paving the way to today

The trend to dig out and pave over front gardens is relatively new. It wasn’t always like this. The trend can be traced back to 1995 when John Major’s government changed the planning rules as car ownership and use rose and the pressure on land for parking spaces grew.

The kerb-drops (pavement crossovers) needed to drive across pavements became “permitted development”, meaning they could be installed without needing planning permission.

Front gardens, their lawns and borders were soon being lost to slabs, concrete and other hard surfacing. Today, the ripping out of front gardens to put in what some consider as ‘neat and tidy’ paving, often to make space for vehicles to park, has almost become ‘normal’.

The side effects of this are more than you might imagine.

Tracking the side effects

People soon saw the trend’s harmful side effects. In 2005 in west London, residents formed the Ealing Front Gardens Project and started tracking the effects by carrying out the first ever survey of the extent of hard surfacing in the whole borough.

People are often surprised to know that gardens make up a quarter of the land area of Greater London, and front gardens are a further quarter of this. A 2015 survey by the Royal Horticultural Society found that in London alone, half of all front gardens were paved, up 36% since 2005 - it will be more than that now as more front gardens are dug up to accommodate households owning more vehicles and the trend for larger vehicles – the so-called ‘MINI’ is huge compared with previous versions of the same car.

The loss of one front garden may not seem to be much, but it contributes to a steady loss of space to hard surfacing as the variety of planting in front gardens vanishes.

All of this landscape loss has given birth to a new phrase from natural urban designers, who describe them as ‘Blandscapes’. The cumulative side effects of more hard surfacing include:

The surge of water run-off from former front gardens piles the pressure on drains and sewers. It also increases the amount of litter, oil and other pollution being washed into drains and local rivers.

That can seem like a good thing, but the increased frequency of extreme heat brings health risks as well as causing sleeplessness due to higher night time temperatures.

Studies show how green space and planting helps moderate excessive temperatures in towns, ease what’s known as the ‘urban heat island’ effect, and relieve the pressure on the NHS treating people with health problems exacerbated by higher than normal temperatures, not just during heatwaves.

Planted front gardens look more attractive, add value to a property (as can an off-road parking space), can add to a sense of security and help make the rest of the street scene and neighbourhood more attractive.

On a structural note, the paving over of gardens can also lead to the sub-soil drying out around foundations, bringing an increased risk of subsidence. The impacts of mining, quarrying, manufacturing and transporting all that stone, brick and concrete may be ‘out-of-sight, out-of-mind’ but they remain a factor.

A garden lost to parking doesn’t create more space for parking. If anything, more space is lost. The amount of street parking space declines because access is needed in front of the property. Also, the road and pavement are already hard surfaces and the front garden adds to the amount covered with concrete or paving.

Local authorities continue to roll out controlled parking zones (CPZs), paying for which is avoided by parking in the front garden. Government grants for installing home charging points for electric vehicles has also fuelled the desire for off-road parking, often at the cost of a front garden.

The rise in the number of multi-occupier households often means more vehicles demanding off-street parking space. And yet another change to permitted development, allowing two more storeys to be added to existing properties, will increase multi-occupancy homes with more car users and even more demand for parking space.

Do front gardens have to disappear?

Not at all. There are plenty of ways to park AND keep front gardens green. To get some ideas:

If you want to do a complete makeover:

The best of both worlds

If you want to improve your front garden from desolate car park to green and useful space (and still park in it):

You could also: put in a hedge; grow climbing plants over a brick wall, add trellis to your house for more climbing plants, install plant pockets or hanging baskets.. Every little helps!

Below is an example from the Ealing Front Gardens project, showing how you can transform desolate car park to green and useful space:

Doing a survey of the front gardens in your street or the surrounding area could help encourage others to be more aware of the problem and more likely to do something about it.

Garden sharing with Lend and Tend

Another way to make good use of front garden space is to invite someone else to share it.

This has been pioneered by LendandTend.com, the nationwide ‘garden sharing’ initiative, that matches people who don’t have a garden with those who do and who would like to share one locally.

Garden owners can simply register to ‘Lend’ their front (or back garden) and people who want to garden, can register to ‘Tend’ one, with many mutual benefits.

Garden-sharing in front gardens could be the answer to getting to know neighbours better and keep in contact with those who may be lonely.

Garden ‘Tenders’ can learn and develop skills in tending an underused or unloved space from someone who may not be able to garden now but who may have years of experience to share.

Garden-sharing can also help to maintain and improve space for nature and to learn food growing and gardening skills in a place to get some peace of mind from time to time.

Giving someone the opportunity to grow helps both people with and without their own garden while greening ‘grey’ areas that may seldom get any attention. Read Lend and Tend's recent blog, "Thriving Drives and Sharing-Front Gardens".​

More than meets the eye

This blog shows how there are lots of ways to take control and make the most of front garden spaces without them being lost to hard surfacing.

The next time you walk up the path to your front door, imagine how much better your front garden space could be and how it can help control excessive heat and flood risk and be a mini nature reserve and a place for others to practise and develop new skills. 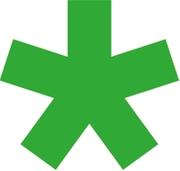