Why Are Front Gardens Being Paved Over? 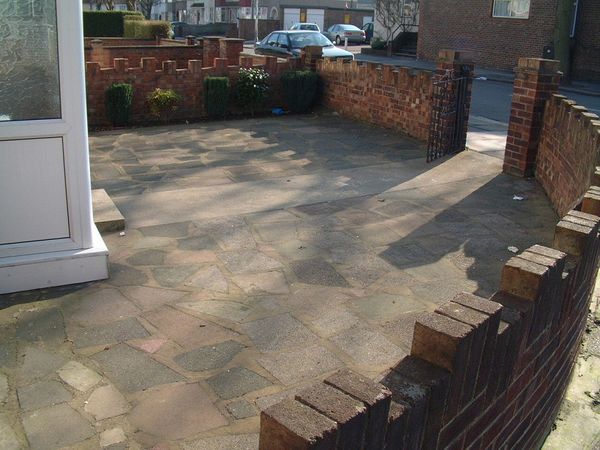 Why are people hard surfacing their front gardens? There are three main reasons:

Our 2005 survey showed 42% of the borough of Ealing's front gardens being used to park one or more vehicles. The number is increasing every year.

In many places, parking is becoming more difficult. This is due to many factors: increasing population, more vehicle owners per household, larger vehicles (4x4s, SUVs) taking up more space, limited public transport, the piecemeal introduction of residents-only parking zones and the Domino Effect caused by pavement crossovers.

Census data for the London Borough of Ealing shows that between 1991 and 2001, the number of households with:

Having off-road parking can mean lower car insurance, and may increase the value of a property in roads where there are still trees and front gardens. But when most front gardens have been converted to car parks, the road becomes much less attractive, and property prices fall.

Parking is not the only reason why front gardens are being hard surfaced. Of the 32,800 front gardens in the borough which are nearly or completely hard surfaced, over a third are not being used for parking, despite many of them being large enough to do so.

There may be a variety of reasons for this, including:

1. Wanting a zero-maintenance front garden, due either to inability to maintain a garden because of age, ill-health or disability, or to not wanting to spend time maintaining a garden, having other priorities or feeling that gardening is an undesirable or inappropriate chore.

2. Wanting a presentable frontage or a tidy look: in contrast to the back garden, which is more private, the front garden is seen by all and contributes to the image and standing of the household. Hard surfacing offers an option which is clean and attractive all the year round, in contrast to what may be perceived, particularly in winter, as an untidy or unattractive patch of vegetation.

3. The influence of fashion and garden design, encouraged by TV garden makeover programmes: there is a current vogue for hard surfaces, structures and minimalism rather than traditional shrubs, lawns and flower beds, and so gardens are being hard surfaced to create a look and to convey an image of the household.

4. Different gardening traditions in some cultures: London Borough of Ealing is very diverse, and home to many people whose attitudes to the role and function of the front garden may also be very diverse.

5. Lack of knowledge of low-maintenance alternatives: the traditional front garden with a lawn and flowers requires considerable maintenance. There are many low maintenance options, but people may be unaware of them (see What you can do).


6. Contractors promoting their services: leaflets through the letterbox offering low maintenance, smart front gardens. Often they canvass the next door properties while working on a front garden - it's common to find several properties with same surfacing, obviously all laid at the same time.


7· A belief that the value of the property will be enhanced by creating a zero-maintenance, pristine look.

Until 2008, except in conservation areas, there were no controls at all over what people could do to a front garden's surface. Since 2008 people wanting to hard surface more than five square metres are supposed to use permeable materials or direct runoff appropriately.

But pavement crossovers are still 'permitted development' so don't need planning permission, and councils have to have good reasons not to rubber stamp them.

The Government reviewed the permitted development regulations in 2008, but made no changes. So crossovers and consequent front garden hard surfacing are still being actively encouraged by Government. See the Legislation page for more information.